Home / Member Services / Q: What is marital property in a Michigan divorce? What is separate property?

A: Martial property is anything – assets, property, or debts — that was gained during or because of the marriage. For example, bank accounts, credit card debt, the home (or homes), 401k accounts, cars, and so on. Whether it is titled to one party, or both, all these things are marital property.

As such, when someone files for a divorce, these items will all be divided during the divorce. This means that one party might keep the house, and the debt associated with it, if he or she can pay for the value that belongs to the other party. Sometimes instead, the parties decide to sell the house, and split the proceeds. Either the parties can make the decision on property through mediation or other negotiations, or have the court do it during a divorce trial at the end.

All divorces – whether with our without children – will have to address property settlements in the final divorce judgment, whether they decide or whether a trial happens.

If however, something is separate, it could become marital property if it becomes co-mingled. Let me explain: If one party inherits property, but pays to maintain it with marital funds, and then a spouse’s name is added to the title on the property, then the argument becomes stronger that this separate property is now considered marital and should be split during the divorce.

If you feel that a separate property issue is present in your current, or potential divorce, I strongly recommend that you take your facts to a family law attorney for further analysis. 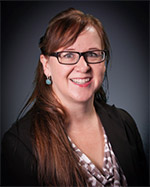